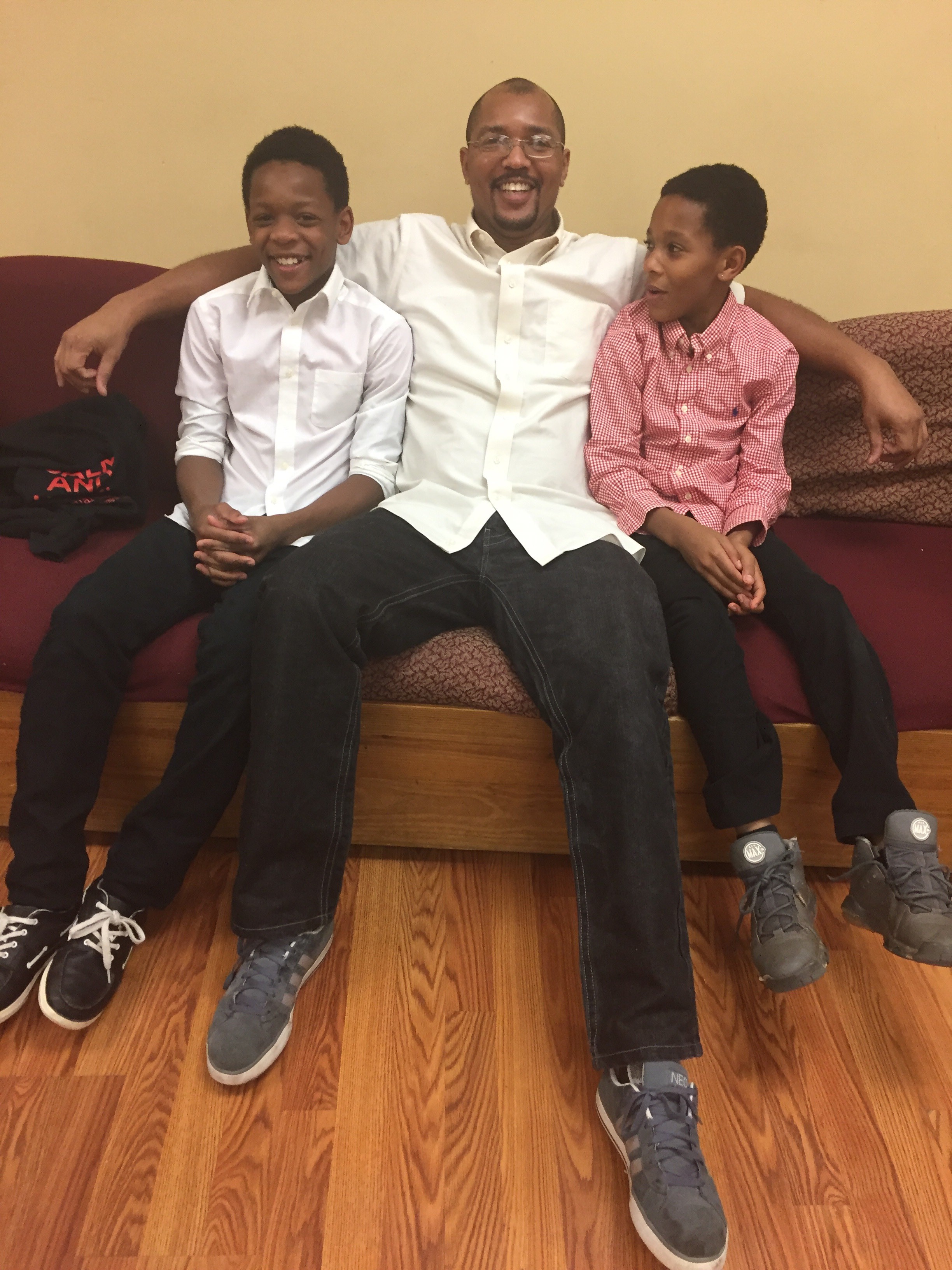 Even though he works two jobs and takes extra shifts when he can, Derwin could not keep himself and his two sons in a home. After moving to Raleigh, they lived briefly with family, then in a hotel, then for a few nights in their car.

“My sons pretty much took everything in stride,” Derwin said. “They’ve encouraged me to be strong, too.”

Someone put him in touch with Family Promise of Wake County, and, two weeks after his initial call, he moved into the emergency shelter program with his boys.

“I didn’t know what to expect. Homeless shelter has a stigma to it,” he said. But what he found with Family Promise surprised him.

“I didn’t feel like any less of a human being. I felt like we had the opportunity to improve.” Volunteers at the host churches talked with them and provided meals. There were activities for 12-year-old Quez and 10-year-old Yekiel in the evenings.

Now, they live in one of Family Promise’s transitional apartments and are on a path to independence.

“I really like it,” Yekiel said of their apartment and the room he shares with his brother. “We have a bunk bed. I get to sleep on top!”

Created with NationBuilder – Theme by Tectonica